Drew grew up in Wyoming, graduating from high school in Casper, Wyoming.  Drew has been in the private practice of law since 1992, the entire time in Wyoming, emphasizing in Trust, Estate, Tax and Business Law.  He is currently a principle and founding shareholder in Perkins Law P.C.

He graduated from the University of Wyoming, College of Law, in 1992, earning his J.D. with honors.  He also earned an M.S., Taxation with honors, from Southeastern University (Washington, D.C.) in 1983, and a B.S., Accounting, from Brigham Young University (Utah) in 1980.   Drew is a Certified Public Accountant.  Prior to practicing law, he was the Vice President – Finance and Chief Financial Officer of Sutron Corporation, a high-tech company in Herndon, Virginia, until 1989 when he returned to Wyoming to attend law school. 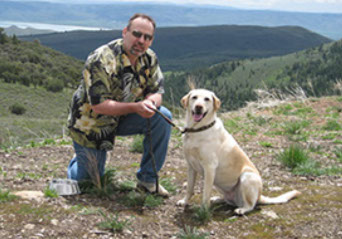 Drew is a frequent lecturer on Medicaid and Estate Planning issues.  He is a member of WealthCounsel, a national organization of estate planning attorneys, and is a graduate of Medicaid Planning Systems, a private organization dedicated to applying estate planning principles to preserve assets while qualifying people for Medicaid earlier.

Drew was first elected to the Wyoming State Senate in November 2006.  The Wyoming legislature is a part-time citizen legislature.  He has served as Chairman of the Senate Judiciary Committee, the Select Committee on Capital Finance and Investment, Joint Appropriations Committee and the Senate Minerals and Economic Development Committee.  He is currently the Majority Floor Leader in the Wyoming Senate.  He is a former County Commissioner for Natrona County, and served as Commission Chairman for 2005 and 2006.

Drew has a long history of community service locally to Casper and Natrona  County, serving as a member of the Board of Directors of Boys & Girls Clubs of Central Wyoming (over 17 years), volunteer with Boy Scouts of America (over 30 years), and Casper Rotary Club to name a few.

Drew has been married to Kristie Perkins for 31 years, and has two children and two grandchildren. 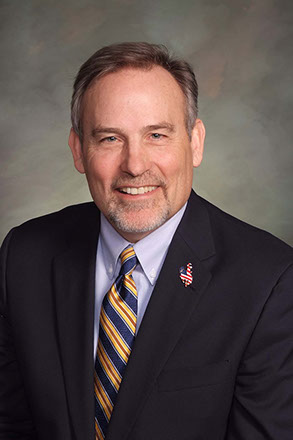